Breathing is the most basic form of human activity to survive...

with the existence of oxygen, human continues to live and carry out daily routines. But above all, which organ is in charge behind our normal and healthy breathing condition, inhaling and exhaling through the nose?
To begin with, lungs play an integral part of breathing. They are as though the “protective umbrella” for all internal organs of human body. Acting like an air purifier, lungs are like a place for air exchange, inhaling and exhaling to maintain human life activities.

Nonetheless, our lungs are not a technological machine to filter out the harmful air...
as they are often vulnerable to external threats such as air pollution, heavy haze, dust, and second-hand smoke. In such a case, lungs which function as human respiratory system will always be the first to be damaged as a result of those attacks. If lungs are severely affected, there is a high chance that a person might be at risk of developing pneumonia...
In Malaysia, pneumonia tops the list of the deadliest diseases, being second after heart disease. The disease accounts for 12.7% that caused death in the country in 2017 and it starts from as tiny as common cold to serious inflammation.
According to World Health Organisation (WHO), more than 450 million cases of pneumonia are reported each year and from that portion, nearly 4 million people died. This indicates that pneumonia is a serious illness which should not be taken lightly!
As mentioned previously, our lungs are one of the vital organs that must be well taken care. As a health supervisor, Wellous came out with Tiger Milk King.


Direction for use
1 packet per day, drink after meals 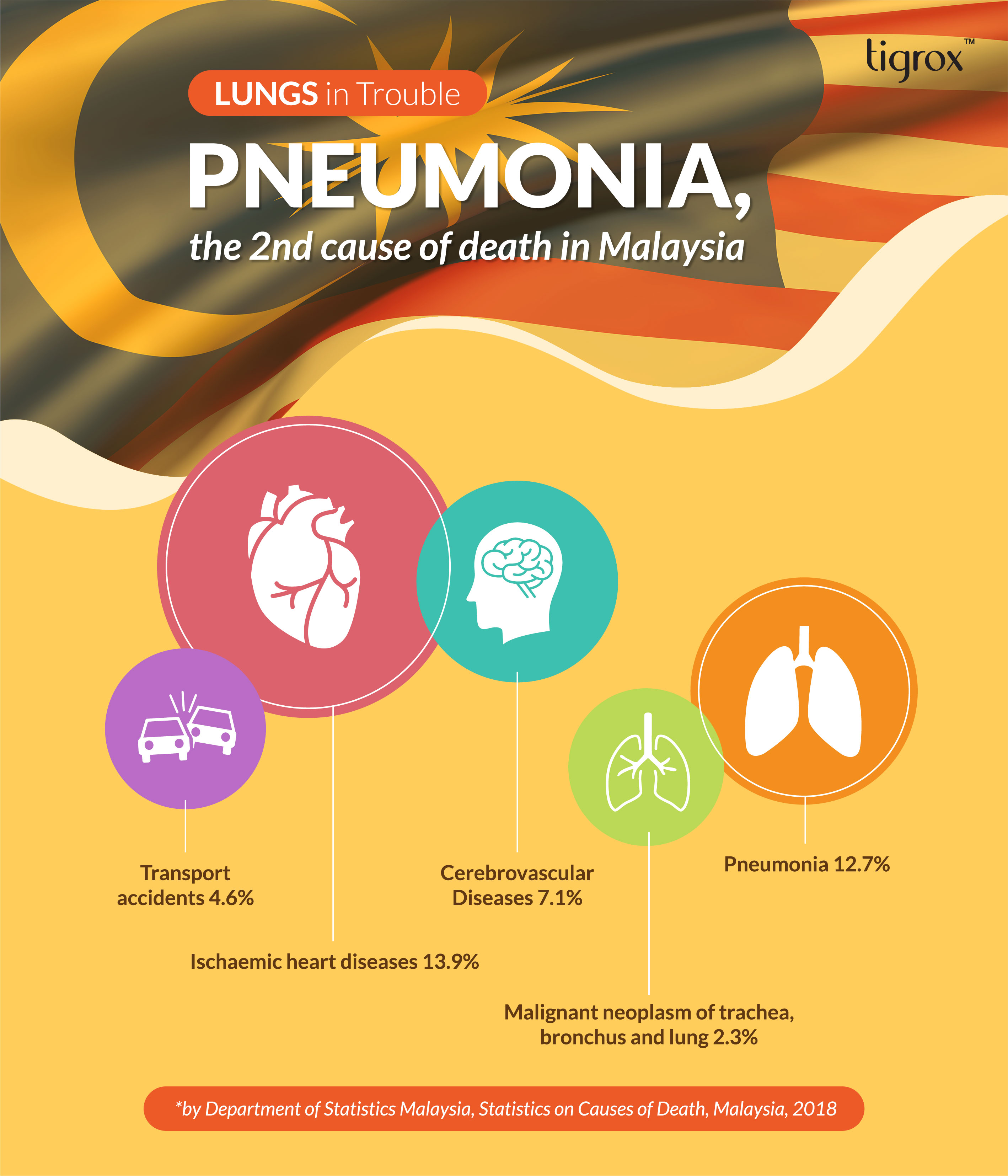